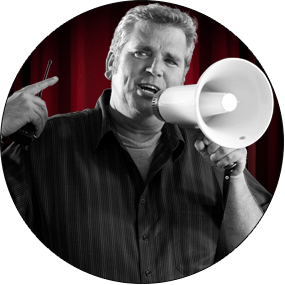 Kevin Smith needs no bullhorn—his work speaks for itself.

Click here to return to the Who We Are section.